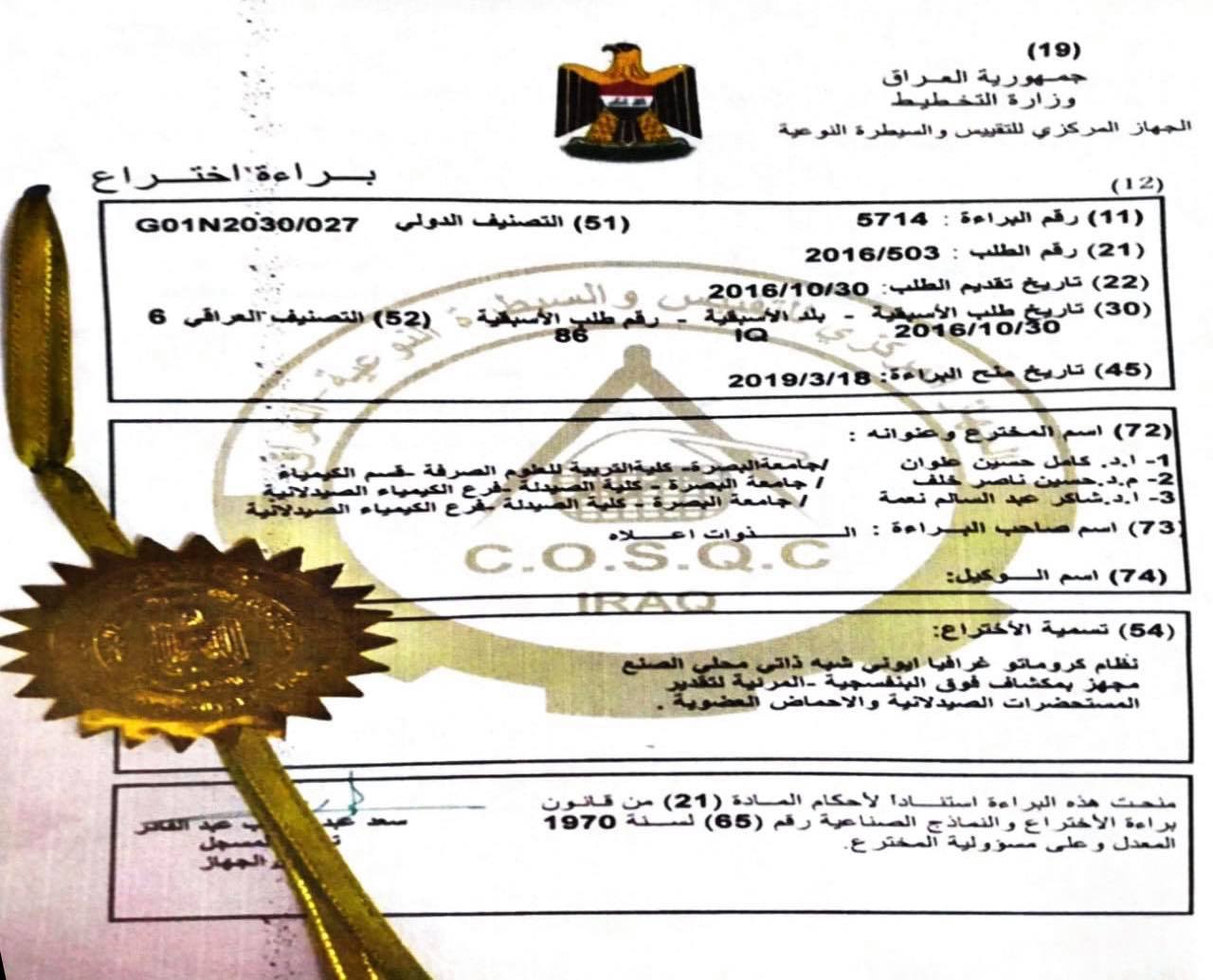 The doctors teaching in the pharmacy college Husain Naseer Khalaf and Shaker Abd_Alsaleem Naama , has received the patent by Ministry of planning/standardization and quality manufacturing monarchy control. This patent included manufacturing the cromatoghraphia device, with two detection systems, the first was worked by electrical conductivity, but the second one worked by ultraviolet raditation systems . The patent was gave in order to the manufacturing of device by accessories in the pharmacy college store , and college of education . Some accessories were purchased by the local shop, but others were manufactured in the analytical chemistry laboratory of education college for basic sciences . The computer programs was designed to be controlled on the device accessories work which worked by integral method that manufactured to be controlled on the device work . The patent used to determine the ionic varieties and pharmaceutical component generally , the aim of it was to design the cromatoghraphia device with local manufacturing in less costs, the costs of HPLC device (45 mellion ) in the worldwide _120 million Iraqi dinner , while the local designed advice in 12 million Iraqi dinner as well as the efficiency in working and ability to change the accessories which can be controlled in the estimate all types of organic component , inorganic component and pharmaceutical generally .