Dr. Osama Ayob, Dr. Zeinab Haroun and Dr. Ban Majid Ali, lecturers at Pharmacy College /University of Basra have published a paper entitled (Drug Interactions of Pracetol, Omega-3 and Vitamin C) in Journal of Basic and Clinical Physiology /Germany ,with an impact factor (1.01)and included  in index of Scopus  . The study has showed that despite the low side effects of paracetamol ,its availability as an over-the-counter medicine and how it is widely used in the world as an analgesic or antipyretic,it's uses in high doses make the patients at risk of hepatotoxicity . 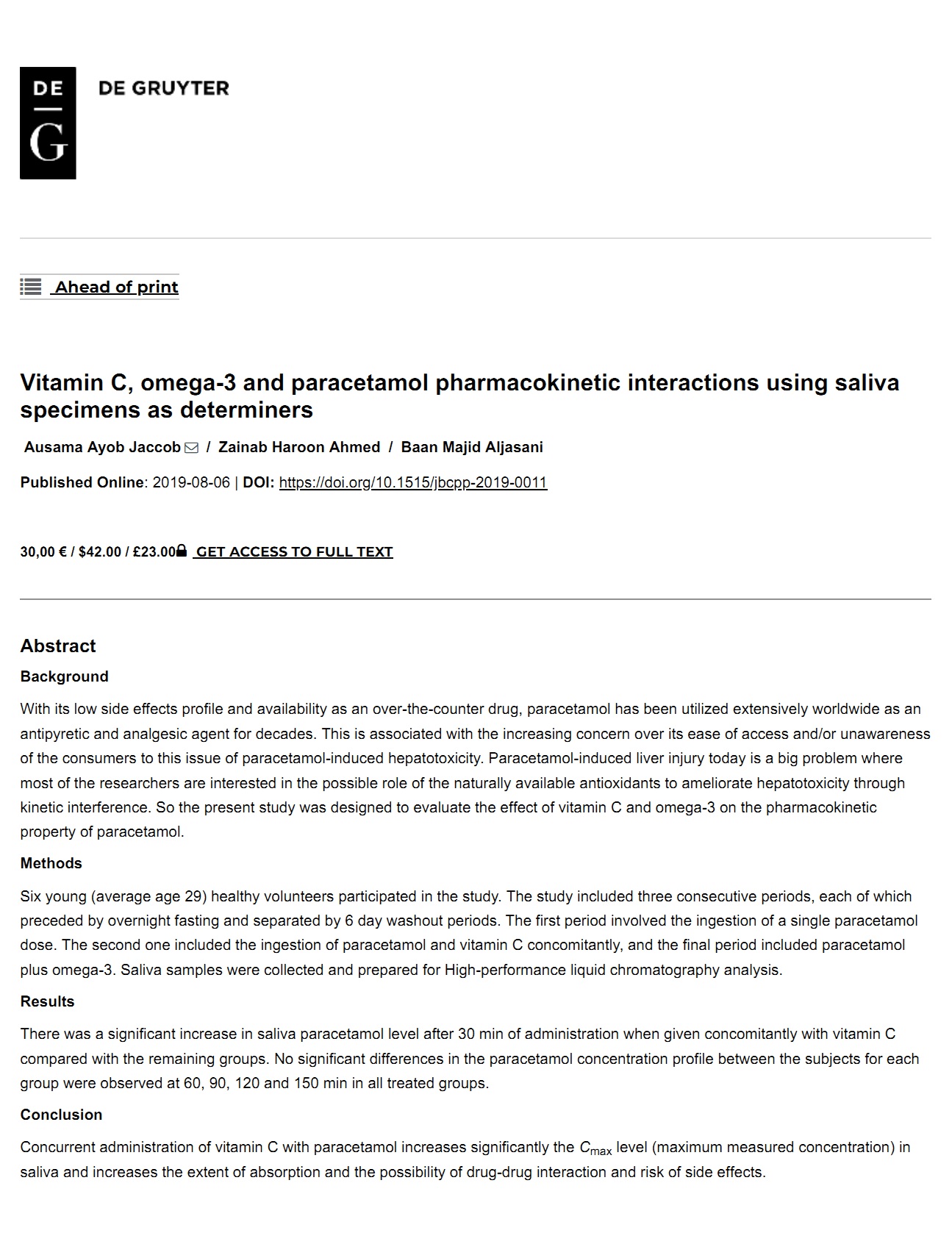