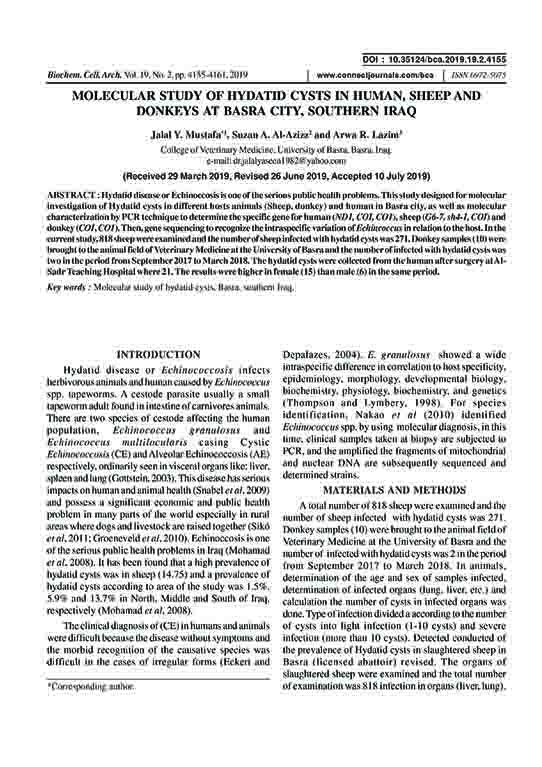 The research aimed to identify the genetic strains of Hydatid Cysts that are spread at Basrah city which afflict Human, Sheep, Donkeys as medium hosts.
The research included the use of PCR for partial diagnosis and then the characterization of isolated genes and the work of the genetic tree of isolated strains and gene conservation in the NCBI.
The research concluded that there is a genetic mixing of isolated strains and some of them included unstable genetic mutations and from the researchers point of view, this genetic mixing is caused by the final host (dogs) that include in the intestine the adult parasite stage where the spread of stray dogs and contamination of the soil and crops led to spreading the strains and infecting sheep and donkeys, and since the human being has become destined to raise animals and guard dogs and in the absence of veterinary care for these animals, this has led to spreading the infection and increasing its preparation among people.