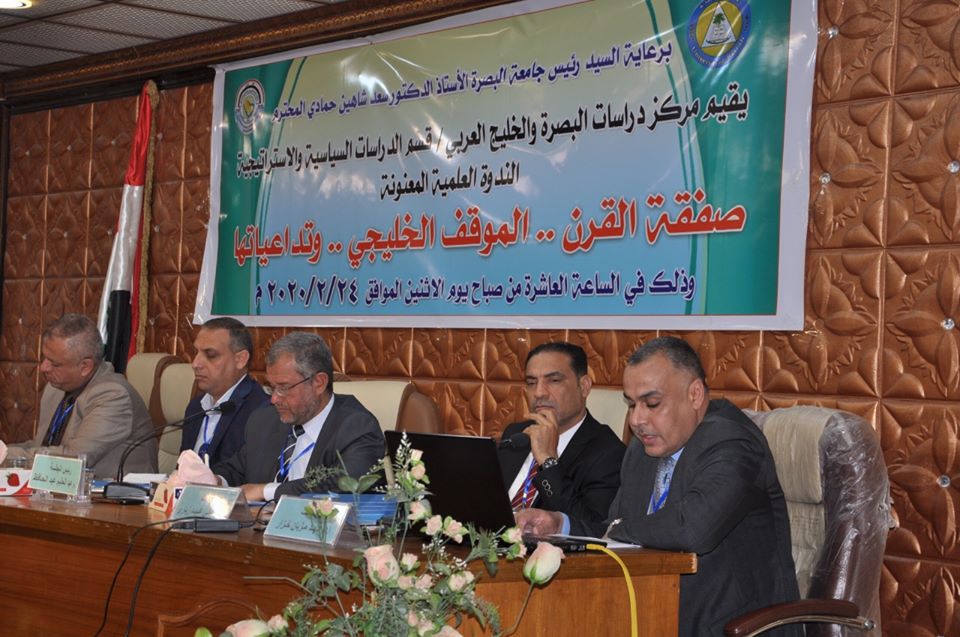 Basrah and Arab Gulf Studies Center in Basrah University organized a scientific seminar about Century Deal and the Gulf Attitude with the participation of researchers.

The seminar aims at highlighting the effect of the peace deal launched by US President Donald Trump, which is called the Century Deal on the Middle East and the lower Middle East and analyzing the refusal of the Palestinian leaders.

The seminar included discussing the political borders of Palestine within the Oslo peace agreements signed in the 1990s, the Iranian political stance toward the century deal and the Iraqi attitude, in addition to analyzing the Gulf Cooperation Council countries' attitudes toward it.

The participants in the seminar called upon preserving the Islamic identity of Jerusalem and Al-Aqsa Mosque for their religious importance in the Muslims of the world, showing the dangers of executing the deal on the countries of the region, establishing the independent Palestinian state and including the local curricula the Palestinian issue to keep it present in the minds of generations.